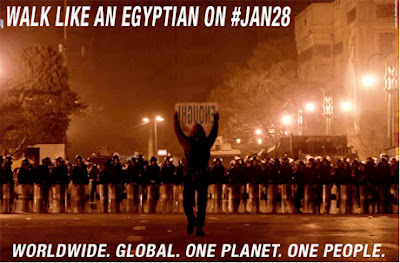 Mehr zu den Protesten in der arabischen Welt bei
Enduring America: Egypt (and Beyond) LiveBlog: The Day After The "Day of Revolution"

Children's homes in Japan are on the receiving end of a mysterious outpouring of charity. Anonymous donations of school bags and other gifts are being left in the name of a popular manga character. 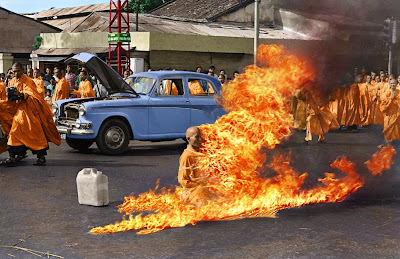 Why Are You Protesting Against Israel

2. (S) According to source, President Ahmedinejad surprised other SNSC members by taking a surprisingly liberal posture during a mid January post-Ashura meeting of the SNSC called to discuss next steps on dealing with opposition protests. Source said that Ahmedinejad claimed that "people feel suffocated," and mused that to defuse the situation it may be necessary to allow more personal and social freedoms, including more freedom of the press.

3. (S) According to source, Ahmedinejad's statements infuriated Revolutionary Guard Chief of Staff Mohammed Ali Jafari, who exclaimed "You are wrong! (In fact) it is YOU who created this mess! And now you say give more freedom to the press?!" Source said that Jafarli then slapped Ahmedinejad in the face, causing an uproar and an immediate call for a break in the meeting, which was never resumed. Source said that SNSC did not meet again for another two weeks, after Ayatollah Janati succesfully acted as a "peacemaker" between Jafarli and Ahmedinejad. Source added that the break in the SNSC meeting, but not the slap that caused it, has made its way on to some Iranian blogs.
Wikileaks

Shanti Bhavan is a home and exceptional school located in rural Tamil Nadu, India, for the region's most socially and economically disadvantaged children.
The school follows a completely unique and innovative model of combating poverty, educating the poor and fighting social injustice. Admitting students at the age of four, Shanti Bhavan provides a holistic, high quality education until the age of 17 free of cost, and subsequently funds college education for its students.
No other model of educational intervention commits the same level of long-term and quality investment in the lives of the children it serves, or holds more promise for their futures and those of their families. As adults, our students will have the power to contribute to a better world.