Foreign Policy - And Then There Were Two ... Kim Jong Il's Dwindling Inner Circle

38 North - North Korea: What Jang’s Execution Means for the Future

Second, the fact that Kim authorized capital punishment for his aunt’s husband suggests that Kim Kyong Hui probably has lost all her political influence and personal standing with her nephew and his family. Third, the execution proves that even the Chinese know very little about Kim Jong Un and his regime because Beijing, too, failed to see it coming. With “China’s man in Pyongyang” publicly humiliated and executed, Beijing lost a trusted channel and a key control lever in North Korea.

In this historic period for carrying forward the revolutionary cause of Juche the chance elements and alien elements who had made their ways into the party committed such anti-party, counter-revolutionary factional acts as expanding their forces through factional moves and daring challenge the party, while attempting to undermine the unitary leadership of the party.


In this connection, the Political Bureau of the C.C., the WPK convened its enlarged meeting and discussed the issue related to the anti-party, counter-revolutionary factional acts committed by Jang Song Thaek.

By abusing his power, he was engrossed in irregularities and corruption, had improper relations with several women and was wined and dined at back parlors of deluxe restaurants.
Ideologically sick and extremely idle and easy-going, he used drugs and squandered foreign currency at casinos while he was receiving medical treatment in a foreign country under the care of the party.

No force on earth can deter our party, army and people from dynamically advancing toward a final victory, single-mindedly united around Kim Jong Un under the uplifted banner of great Kimilsungism-Kimjongilism.

Biologist Richard Dawkins coined the phrase "the selfish gene" with his best-selling book of the same name. "Selfish", however, was an unfortunate word choice because genes lack a will and can actually drive altruism. SA editor Eric Olson explains.


After entering the DPRK as a member of tourists' group in October he perpetrated acts of infringing upon the dignity and sovereignty of the DPRK and slandering its socialist system, quite contrary to the purpose of tour.
He also committed such crime as trying to look for spies and terrorists who conducted espionage and subversive activities against the DPRK in the area of Mt. Kuwol during the last Fatherland Liberation War as well as their families and descendants and connect them with the "Kuwol Partisan Comrades-in-Arms Association," an anti-DPRK plot-breeding organization of south Korea.

According to the results of the investigation, he was active as adviser of "Kuwol Unit" of the UN Korea 6th Partisan Regiment part of the Intelligence Bureau of the Command of the U.S. Forces in the Far East since early in 1953. He is a criminal as he masterminded espionage and subversive activities against the DPRK and in this course he was involved in killings of service personnel of the Korean People's Army and innocent civilians.

As I killed so many civilians and KPA soldiers and destroyed strategic objects in the DPRK during the Korean War, I committed indelible offensive acts against the DPRK government and Korean people.

On occasional weekends this year, megaphone-wielding demonstrators have taken to the streets, telling the Koreans to “go home or die.” They’ve threatened to “flatten this neighborhood” and build a gas chamber in its place. The Koreans say that they — and the police — have little recourse against the threats, because Japan is one of the few democracies that don’t restrict hate speech.

"This is not defense: It is a not-so-subtle form of much wider control. While Chinese spokespersons say the move does not affect the freedom of international flights, the reality is much different. There is no basis for such a wide zone, other than to get foreign countries to accept that they are passing through what are, in essence, Chinese-controlled skies. And if a foreign plane doesn’t provide Chinese authorities the information they demand? China will then take “defensive emergency measures,” according to the government—in other words, shadow, threaten or shoot down foreign planes."

AEI - China may have shot itself in the foot

The Atlantic - More on This Strange Chinese ADIZ: 'Sovereign Is as Sovereign Does'

Mongolia is a country respecting human rights and freedoms, upholding rule of law and pursuing open policies. Mongolia holds dear the fundamental human rights – freedom of expression, right to assembly and the right to live by his or her own choice.

I believe in the power of freedom. Freedom is an asset bestowed upon every single man and woman. Freedom enables every human to discover and realize his or her opportunities and chances for development. This leads a human society to progress and prosperity. Free people look for solutions in themselves. And those without freedom search for the sources of their miseries from outside. Mongols say, “better to live by your own choice however bitter it is, than to live by other’s choice, however sweet”.

No tyranny lasts for ever. It is the desire of the people to live free that is the eternal power.

Twenty one years ago, Mongolia declared herself a nuclear-weapon-free zone. The five permanent Member States of the UN Security Council have confirmed Mongolia’s status in writing. Mongolia prefers ensuring her security by political, diplomatic and economic means. As of today, Mongolia established and maintains diplomatic relations with 172 out of 193 UN Member States.

Mark Steyn - The Drift toward Despotism

My mother spent four of her childhood years under Nazi occupation, and it is insulting to her and millions of others who know the real thing to bandy overheated comparisons. But there is a despotic trend in American government. 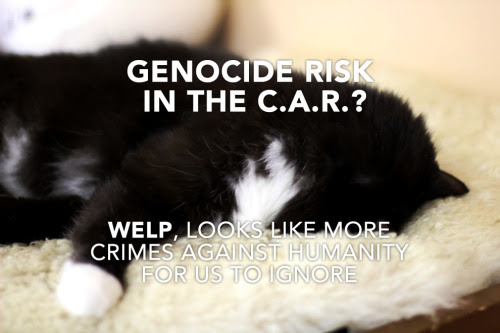 "This Professor Slays Zombies with Economics (and Guns)"

No Woman, No Drive

In Syria's little town that could, the death and resurrection of the witty, profane campaign to show the world the tragedy of civil war.

This is an intolerable mockery of the social system and the people of the DPRK and a serious human rights abuse that politicizes sports and discriminates against the Koreans.

The "democratic countries" advocating "equality of all people", "defence of human rights" and "freedom" are unhesitatingly resorting to criminal hostile act of violating the dignity of a sovereign state in the eyes of the international community in a bid to deprive Koreans of their elementary right to enjoy a cultural life.

Countries which styled themselves "highly civilized nations" have spoiled its own dignity and image in the world's eyes, under the pressure by the U.S. bent on the hostile policy toward the DPRK. This can not but be a tragedy.

No matter how desperately the U.S. and other hostile forces may resort to despicable acts in the international arena, pursuant to their high-handed and arbitrary practices, ski resort on Masik Pass will appear imposingly as a symbol of the high civilization of Korea and its heroic spirit.


On Smoking Weed in North Korea

The North Korean government has never controlled the use of opium or marijuana. Rather, they encouraged opium farms on abandoned land in order to earn foreign currency. Marijuana is cultivated along railroad tracks across the nation because it holds the railroads tight, with its deep roots, and contains oils that can be used for industrial purpose. Many gardeners grow opium in their own gardens to be used as a treatment for colitis or diarrhea.

20 Things I Learned While I Was in North Korea

But leaked documents seen by the Associated Press, yesterday revealed deep concerns among politicians about a lack of global warming over the past few years.
Germany called for the references to the slowdown in warming to be deleted, saying looking at a time span of just 10 or 15 years was ‘misleading’ and they should focus on decades or centuries.
Hungary worried the report would provide ammunition for deniers of man-made climate change.
Belgium objected to using 1998 as a starting year for statistics, as it was exceptionally warm and makes the graph look flat - and suggested using 1999 or 2000 instead to give a more upward-pointing curve.
The United States delegation even weighed in, urging the authors of the report to explain away the lack of warming using the ‘leading hypothesis’ among scientists that the lower warming is down to more heat being absorbed by the ocean – which has got hotter.


"[The latest IPCC report] states that the temperature rise we can expect as a result of man-made emissions of carbon dioxide is lower than the IPPC thought in 2007. [...] It is significant because it points to the very real possibility that, over the next several generations, the overall effect of climate change will be positive for humankind and the planet. [...] A recent study in Nature Climate Change [...] found that models have overestimated warming by 100% over the past 20 years."

"They are representative of large-scale patterns that may constitute systematic and gross human rights violations. [...] All in all it is a very horrifying story, the like of which I don't think I've seen or read of since the Khmer Rouge [in Cambodia] and the Nazi atrocities during the second world war."

TEDTalk: Why mayors should rule the world

The Seleka, a coalition of rebel groups that took power in the Central African Republic in March, has killed scores of unarmed civilians, Human Rights Watch said in a report released today. The Seleka has also engaged in wanton destruction of numerous homes and villages.

"On the basis of the evidence obtained during the investigation of the Ghouta incident, the conclusion is that chemical weapons have been used in the ongoing conflict between the parties in the Syrian Arab Republic, also against civilians, including children, on a relatively large scale."
"In particular, the environmental, chemical and medical samples we have collected provide clear and convincing evidence that surface-to-surface rockets containing the nerve agent sarin were used [...]."

It can be, thus, concluded that the original azimuth of the rocket trajectory had an azimuth of 105 degrees, in an East/Southeast trajectory.


"As with other sites, the locations have been well traveled by other individuals prior to the arrival of the mission. [...] During the time spent at these locations, individuals arrived carrying other suspected munitions indicating that such potential evidence is being moved and possibly manipulated."